The Wholesale Markets in Birmingham shut down in July 2018, Friction Arts documented the last year of the markets, and created a performance based on that work for a closing celebration.
I was asked to make a piece responding to my memories of the markets, I decided to celebrate the carboot sales that used to run there every Sunday morning, they were a vital resource for myself and most other artists I knew.
In 1991 I first started my life in projection by buying old slide and film projectors from the car boot sales and the Rag Market in Birmingham, without that resource of cheap redundent technology I would never have started my career, that has led onward to my working all over the world, making visual installations.
I returned to some of the methods I used when starting, hand painting slides and 16mm film, I also replaced the high wattage lamps with LED light sources, which allowed me to do things that would have been impossible because the heat of tungsten light sources, such as slowing the 16mm down to 2 or 3 frames per second.
Joining me on the journey was Darren Joyce, a long time friend and collaborator, and part of the Modified Toy Orchestra, who similarly had a strong tie to the boot sales. He created an ambient sound scape from circuit bent toys, keyboards, cassette loops and effects also sourced from carboots and repurposed.
This is a short extract of the piece, filmed before the show opened, we used an old cold store to create to create our installation.

Many thanks to Sandra and Lee of Friction arts for inviting us to get involved. http://www.frictionarts.com/ 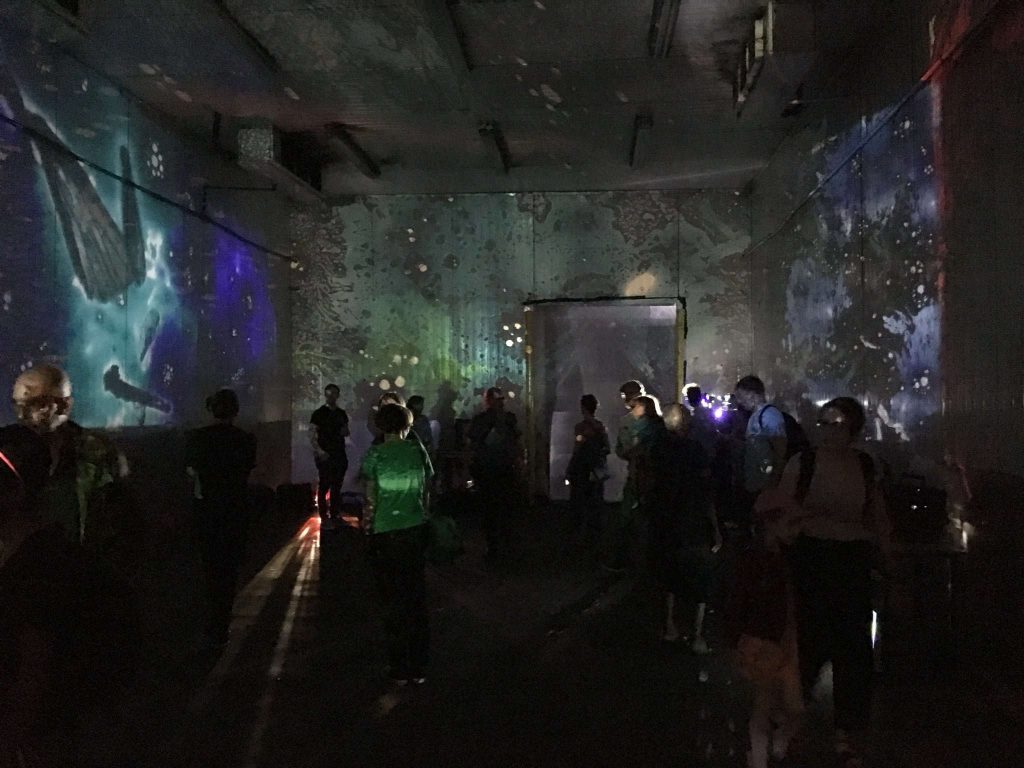