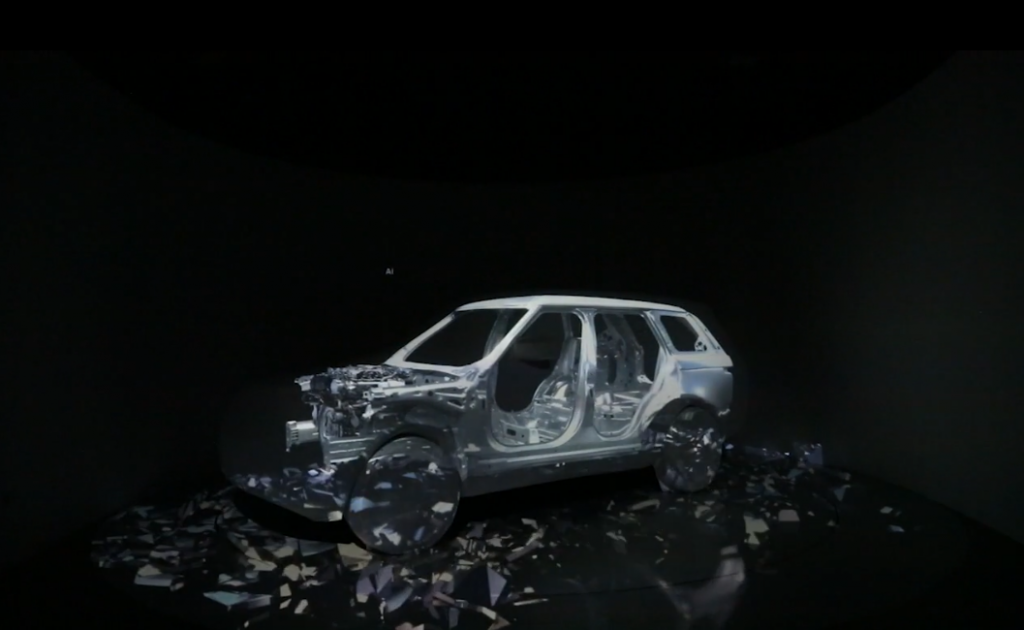 In April 2012 myself and Elliot Woods were approached to create an application to project onto a car on a turntable, the brief expanded as the project went on, until by the end, it was to be a different car (of the same model) for every show, they wanted to be able to do multiple shows per day and the alignment was to be done by a member of the staff at the Landrover experience.

A challenging brief.
The building was finally opened in December 2012, the car takes approximately 10-15 minutes to lineup using 3 sliders and a rotatary control on an iPad, with a couple of buttons to spin the turntable around so you can check the setup.
It using 7 projection design projectors all running at 1920×1200, 3 for the back wall, 2 for the car and 2 for the floor, we also had to minimise any visible shadows, content was rendered at 4k and is all run off 1 pc.