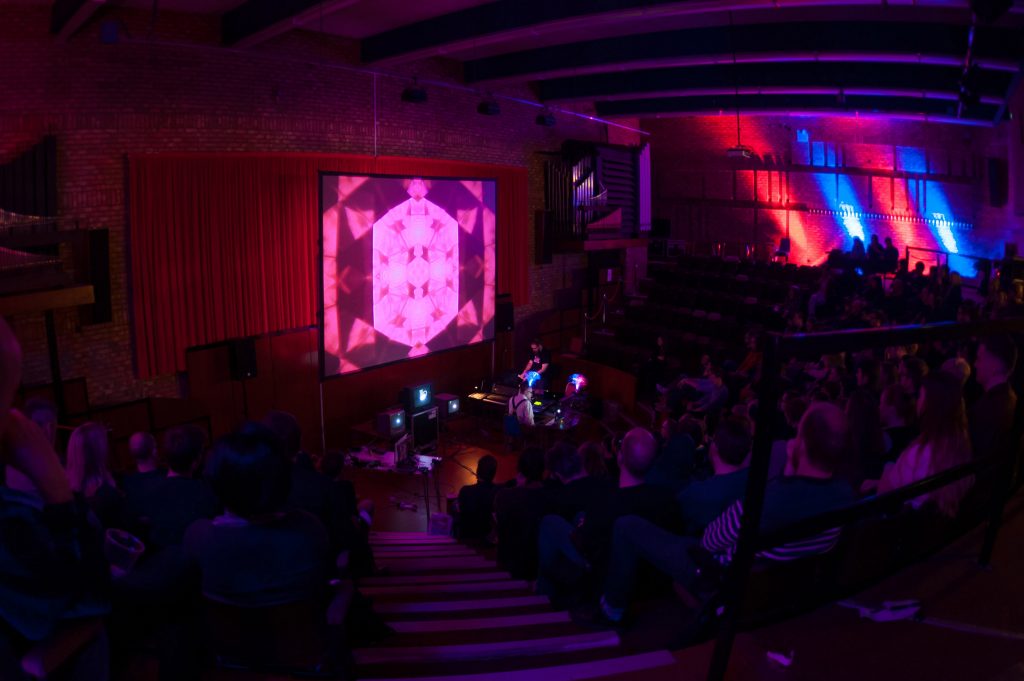 For Flatpack 10 this year, I showed Frequency Response #3, and also debuted Brian Duffy's new work Instead of Instead of Faint Spirit

For the past 5 years Brian Duffy (Modified Toy Orchestra) has been writing an analogue love letter to the memory of Trish Keenan entitled “Instead Of Faint Spirit”, using only a Roland System 100 monophonic analogue synth made in Japan in 1975. Brian describes it as “impossible to perform live” due to the hundreds of individual layers painstakingly overlaid on each track, so tonight he and Chris Plant will present a “live mix” of the album. Chris Plant will provide live visuals created using various vintage techniques, including a handmade analogue video synthesizer, circuit bent cathode ray televisions, laser lumia and other assorted oddities. Modern contraptions such as computers may be involved, but will be kept to a minimum, mostly as signal generators rather than image sources.

I used a mixture of Oscilloscope, both a standard scope with a camera to the screen, on which I produced vector graphics, but also some CRT televisions that I hacked into the coils to monitor the audio feeds Brian was playing.

I also created a video synth using VGA-VOLT a simple hack that wires into the RGB pins of a VGA cable, you send audio signals to create waveforms across the raster of the screen. It was a fascinating project that I'm going to continue exploring.